Carcharhinidae, or the Requiem shark family, belongs to the order Carcharhiniformes and has some very interesting members, including the only freshwater species. 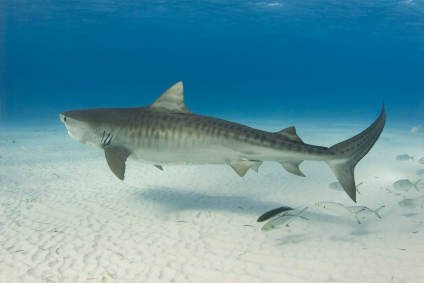 This is one of the largest families with 54 species in 12 genera.

Requiem sharks are found worldwide in tropical and temperate waters. The Bull Shark and the River Sharks can also be found in rivers inland.

Requiem sharks are active hunters and eat a wide range of prey. Some are opportunistic scavengers.

Return to World of Sharks from Carcharhinidae 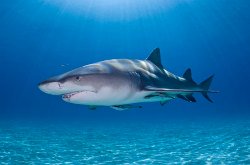 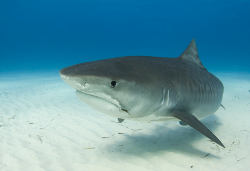 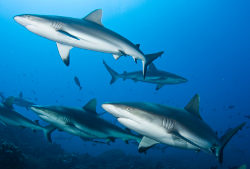