The Fascinating Process of Shark Reproduction

Shark reproduction follows the k-selection model whereby the mother gives birth to a small number of well developed young which are fertilised internally, unlike the bony fish, who lay vast numbers of eggs which are externally fertilised (r-selection).

It can take as many as twenty years for some species of shark to reach sexual maturity, and many don't live long enough to breed.

Males and females usually only come together in order to mate. Most of their time is spent in separate parts of the ocean.

It's easy to tell the difference between males and females. Females have an opening known as a cloaca between the two pelvic fins, whereas males have two rolls of cartilage known as claspers. The name is a a bit misleading as they're not actually used to clasp anything.

It was Aristotle who named them after mistakenly believing that the male used them to grasp onto the female during mating. In fact, the male uses his teeth to do that.

In order to place one of his claspers into the female's cloacal opening he needs a good grip to get into position and will bite onto her fin or flank.

Once in position, sperm is passed down the clasper and into the female where the egg is fertilised.

The gestation period is an average of 9 to 12 months though in the Spiny Dogfish it can be as long as 22 to 24 months.

Most of the development occurs outside the body of the mother in a hard egg case with only a yolk sac to nourish the developing pup.

This can be divided into placental and aplacental viviparity.

In placental viviparity there is a connection between the mother and the baby and this provides nutrition to the developing pup.

Initially the pup relies on a yolk sac for the nourishment it needs. Once it has used up the yolk, the sac attaches to the wall of the uterus forming a placenta through which the pup receives the nutrition it needs directly from the mother's bloodstream.

In aplacental viviparity there is no physical connection between mother and young. It can further be divided up as follows:

Most sharks give birth to live young. They usually choose nursery areas where the water is shallow and there is an abundance of small fish for the young to eat. This, and not eating the pups, is the closest sharks come to providing parental care.

Those sharks that lay eggs usually attach them to the seabed or some other immovable surface.

Return to World of Sharks from Shark Reproduction 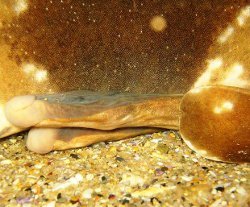 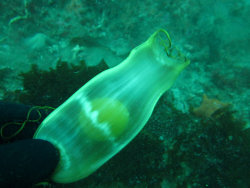 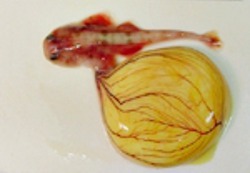