Members of the heterodontidae family are also known as bullhead sharks or horn sharks. 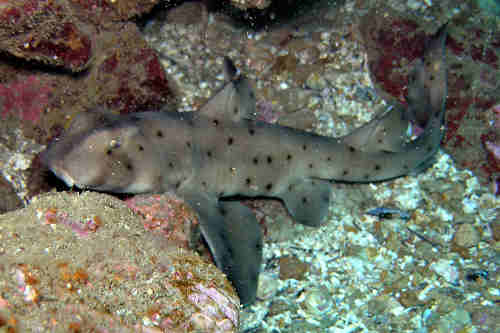 The family is made up of one genus and nine species.

These sharks belong to the the order Heterodontiformes. They are ancient sharks and the order has good fossil records, but the Heterodontidae make up the only living family.

Bullhead sharks are all oviparous and lay distinct looking spiral shaped egg cases. The pups usually hatch after about 5 months. The egg cases often become wedged between rocks on the seabed.

They're sluggish sharks and tend to be slow. Some spend their days hanging out in caves and crevices, coming out at night to feed.

These sharks are generally not targeted by commercial fisheries, but they are vulnerable to bycatch. Sports fishermen and spear fishermen have also been known to take them.

Return to World of Sharks from Heterodontidae 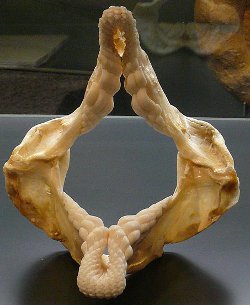 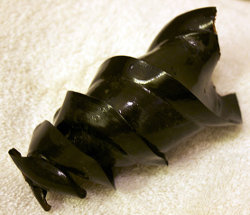