Dalatiidae, or the Kitefin Shark family, is in interesting little group of sharks. If you're an unsuspecting marine mammal, or another shark, there's one member you'll want to avoid - the Cookiecutter Shark.

This family has 10 species in 7 genera.

These are small to medium-sized sharks who live in deeper water, either in open ocean or on the seabed. They are found more or less worldwide in tropical and temperate seas.

Return to World of Sharks from Dalatiidae 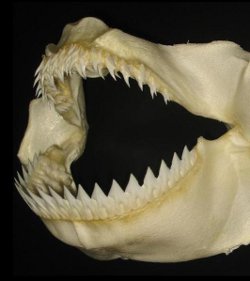