Saving Sharks
And Why You Should Care 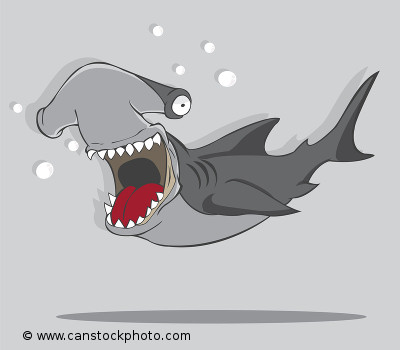 It's all about me, Baby!

Shark conservation is not just about saving sharks. It's become a much bigger issue than that. At the risk of sounding like an hysterical bunny-hugging crazy person a bit of a drama queen, I would say it's about saving our planet and saving ourselves.

,Here's a (very) rough guide to how sharks keep our oceans in balance, and what could happen when they don't.

During the process of photosynthesis, phytoplankton (tiny ocean plants) use carbon dioxide and the light from the sun to create the nutrients they need to survive. As they use the carbon dioxide from the water it allows the ocean to absorb more from the air, thus preventing a build up in the atmosphere.

A by-product of photosynthesis is oxygen which is released back into the water and then out into the atmosphere. So, the plants in the ocean provide us with over half of the oxygen our planet needs to survive. (The rest comes from land-based plants which we are also destroying by hacking down the rain forests for the wood and clearing land for building/grazing etc.)

Because carbon dioxide is a greenhouse gas and can contribute to the warming of the earth’s atmosphere. But that’s not the scariest thing it does. As it is absorbed into the ocean’s water it dissolves and becomes carbonic acid which decreases the pH (increases the acidity) of the water.

This increase in acidity affects the ability of marine life to build skeletons, so the coral reefs, bony fish, zooplankton (and anything that feeds off them) will be harmed.

So, how does phytoplankton prevent ocean acidification and what does it have to do with sharks?

We're getting to the saving sharks bit, really, we are, but here’s the bit about the phytoplankton. As well as absorbing CO2 during photosynthesis, it also acts as a carbon sink. When it dies phytoplankton falls to the ocean bed and is soon buried under other marine detritus thus trapping it, and the carbon, safely in the earth.

Terrestrial plants act as a sink too. When they die they are buried and eventually fossilise. The only trouble with terrestrial sinks is that we keep digging them up and burning them, thus putting the CO2 back into the atmosphere.

And how does saving sharks help?

Okay, here's why saving sharks is important. As apex predators sharks keep the fish that feed on the phytoplankton in check. Without them the grazers of the ocean would breed indiscriminately and the ocean plants would very quickly be depleted.

This would cause a rapid increase in carbonic acid affecting everything with a skeleton, which is most of the marine life. The jellyfish populations in some places are already on the increase and, since they don’t have bones, this could be why. There would also be a massive drop in oxygen levels causing almost everything to die off.

What happens in the ocean soon follows on land – the dying off, that is - not the proliferating jellyfish.

Since the industrial revolution the ocean’s acidity has increased by about 30% and this is likely still rising. The last major rise in acidity was over 160 million years ago and it wiped out almost all life on the planet.

That was the fifth mass extinction and, like the four before it, (perhaps because they have a cartilaginous skeleton) the sharks survived and life evolved again.

So, there you have it, we need sharks and right now we are killing them off at an alarming rate. If we have another mass extinction there may be no sharks left to survive. What then? Could it be the final end of this beautiful planet we call home?

Can you help to save our sharks?

For a more in depth look at the problems facing our oceans this is an excellent read:

Return to Save our Sharks from Saving Sharks